fun times in Japan !  Sebi and I landed and pretty much went straight to the hill for a fun little session. little jumps , little jibs a huge crew and a whole lot of japan fun! At the end of the first day on the hill , Sebi and I had a Jib contest to enter( theres nothing like a long ass travel day , jet lag and a jib contest ). You may remember from last years Japan Episode our filmer shit the bed and left us with no footage.  This year we decided to not worry about it just rode without the camera, and low and behold …. I won again !  I’m telling you there are a couple of different ways to do a contest , one of which has always worked for me … and thats having fun ! The set up was looking a little wild but Sebi and I set out to have a good time. We found some lines that no one else was doing and bing bang boom, 100,000 yen in my pocket . Sebi was robbed though! He for sure should have won best trick . I have no idea what the guy did that won it , but Sebitits did a pretty sick fast plant to fakie up and over this wild set up quater pipe to log thing . there was only a hand full of us that could ride it ,  and he managed to do it with one foot strapped in .. Super sick .. anyway , we’ve bailed out of that zone and were on a quest , lets hope for some pow !

look who has his game face on .

TJ – DROP Tj signature art Light weight mitten and goggle ( if you like mittens and you jib or ride a lot of warmer ( not -30) temps  .. these are the shit ! I am so stoked on these mittens ! On my head is an old COAL hat configuration that joel found in the back woods of the warehouse , Bond Realms collab pant , Deeluxe rough diamond , Born lose Crew sweater , Union Ultrafear bindings , and CAPiTA Ultra Fear 151 ..

Just another shred mission , and this one was a mission , driving is something you just have to do sometimes and it can drive everyone crazy. We teamed up with Tj Schneider, Phil Jacques and Cale Zima , for a little behind the scenes of the new capita movie ( out in september ) Getting kicked out and talking to cops , logging shots and having a grand ole time ,

CONTESTS .. our Friends at Empire are are running a contest for $15,000 . the contest is called “Trick List” and you can check it out HERE .

On monday Feb 14 , there will be a list of tricks posted , do the tricks , make it nice , win the money , sounds easy enough ..

and of course we are running Contests , you can see them just by clicking HERE

our kits for this episode ,

CALE ZIMA , is riding The Union Contact Pro , and the new 147 CAPiTA UltraFear

Its tough to focus sometimes at these events , There are just so many people around that you haven’t seen in a while and a ton of ” work ” to do ..

SIA can be a huge helping hand for you kids looking to move up in the world of snowboarding . Back in 2001 I went to the show when it was in Las Vegas , Going to the show gave me the opportunity to shake hands and hang out face to face with the people that ran the brands that I was riding for .

I had a chance to walk around the show and shoot this little video , I Took a few photos of some products that I thought you all might be interested in seeing . 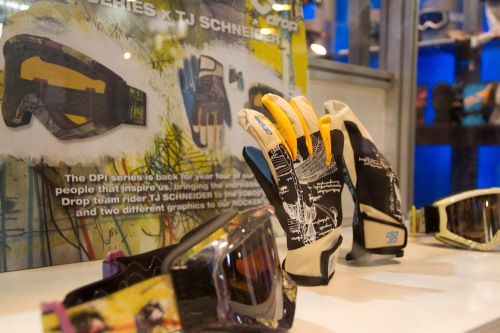 Drop and I hooked up to do a new artist collab series of goggles and light weight gloves , Super Hyped 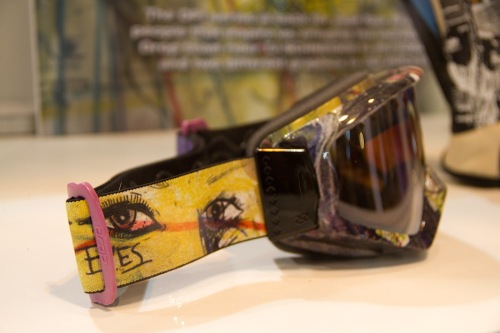 I talked to Dan Brisse about riding the BSOD, this is what he had to say

“I ride the 159 bsod a lot in powder, I love this board for pow ! its solid , has good edge control and like a machine and charges through the chunder. It has really great  flex where you can rely on your tail and your nose . Powerful board . ” 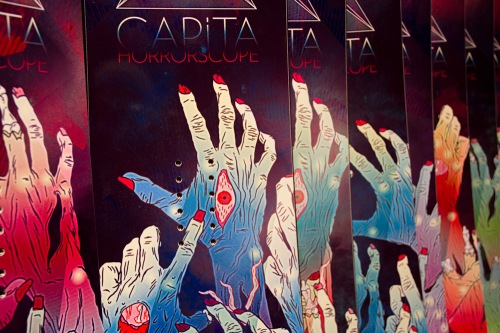 I had a chance to ask Phil Jacques about the horrorscope

” I ride the 151 or 153 , I like that its easy to press easy to lock in , stable at low and high speeds , almost feels like skateboarding , doesn’t fight back when you’re trying to do something , I really feel like i have control over it when I’m jibbing ” 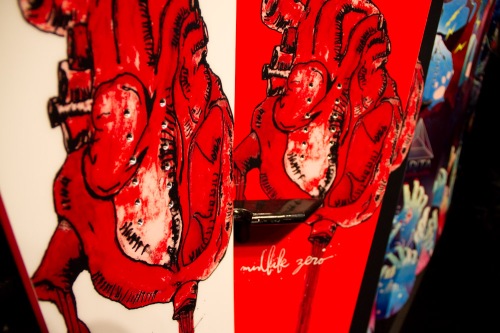 The Mid life is a board that I have been working on for 9 seasons now , This year is the first year we have made any noticeable changes to the board in terms of shape.

The midlife is a mid wide version of the indoor and ourdoor series, deep side cut and wide shoulders and agressive camber made this board great but hard for some riders to handle.

This year we made the board a Zero Camber Flat deck , which helps the board ride a little smoother, flat rather than reverse still gives you the pop and power you need to stomp and ride hard , but also makes it easier to wiggle you way out of situations that more agressive camber would have tossed you down on .

I’ve been riding the 151 for jibbing a fair bit this season , and i have to say , I’m pretty excited about the new Midlife

Rain or warm , Sketchy Avi conditions, The West Coast wasn’t ideal for shredding, So Andrew Burns and I Called up Mike , packed the truck and headed a few hours in land to a rail we knew ..

Sledding can be amazing , It can also be a total bitch .. There are so many factors that go into a good day up there . wind , sun , temp , sleds , money , avi conditions .. Riding the Backcountry isn’t easy and it sure isn’t cheap .

Repairs on Dustins sled alone that day are believed to be running him at least a G .

We went up and were grey birded out . We hug around the trees for a little while but the snow wasn’t great ..

a storm is rolling in so we rolled down and hope for the best in the next few days .

Second part of our jib trip to Quebec with Phil Jacques , Cale Zima , Tj Schneider . Filming for the new Capita Flick that will be out this september , Fun in the cold ,

kits – same as in episode 7

Music “do the slam Dunk ” by SLAM DUNK
fun in the land of ice and snow … and rain ? Filming for The new Capita movie and were starting to see some really serious shit go down , Phil jacques , Cale Zima , Joel Fraser , Mark Dangler and myself headed out to Quebec for a New Year shred session.

This Episode was filmed by Tj Schneider and Mark Dangler with

It was a fast trip due to some bad weather in the mid west delaying both mine and Joels flights , but we made it and had a really great time.

This was the first time I’ve really been on a trip with both Cale and Brandon … I was stoked to say the least . Cale is rad … super funny kid from SLC ,

and Brandon is a good ole boy from Truckee with amazing style .. riding with these guys was a blast ! I’m really looking forward to our next trip right after Christmas.

Super stoked to get in some new product too ,

This episode was filmed on with a Panasonic P2 , GoPro HERO HD , and Sony HC9 – Broken Focus Now. was filmed with a Canon 7D.

As I siad in the Video , if you like the snowboard realms , please support the Bands and Brands . without them these wouldn’t be possible ..

MUSIC by PERMANENT BASTARDS and THE ROMANY RYE

Footage from capita ams , Andrew Burns , and Eric Messier and Bond Am Martin Campbell… OOOOO I can’t wait to ride more stuff like what Martin was Shredding ! But the other day at Cypress wasn’t too bad .. When we got home from up North, Joel wanted to ride a chair.. It was the first sunny day in a while around Vancouver . We packed the car  , met some friends, and took a few early morning laps. Looking out over the clouds with a group of buds and some fresh snow … not much can beat it .. I hope you all find yourself in that situation soon.

ps … the board , I love the horror 151 the fact that i can ride such a small board in some pow .. amazing

MUSIC BY
MINTO “new bones”
MARLIN ” sing to me”
First filming trip of the year is always an interesting one . You never really know what is going to happen .. I rented a truck and headed North , picked up Joel fraser ( photog)  Jess Kumira , Andrew Burns and Filmer Leo Hoorn … 4 days of shredding and a whole ton of action later.. here is a little sneak peek of what the capita video will have in store for you guys …